Home > Honor > Rebellion: Our Only Hope?

Rebellion: Our Only Hope? 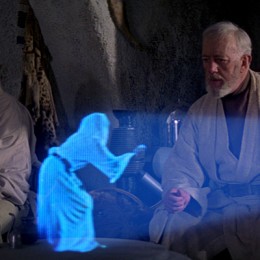 Faced with the growing tyranny of the state and the truth of the nature of the American Empire, we have a number of choices…

We can hope Obama will save us, or look for some great leader to deliver us. There is a felt sense of “honor” that can come from standing with the great leader, and going to war as one of the true believers.

We can hope rebellion will save us and count upon ourselves and each other to deliver us. Or maybe we can call upon Obiwan and the masters of the force to spark the rebellion? Maybe we can get ultra-heroic in the fight of good against evil?

There is a sense of honor in being the rebel, and declaring oneself a True Patriot or a Righteous Revolutionary.

Yet, in what ways could such be more of the same?

We can also make culturally “shameful” choices such as leaving. We can walk away from country or culture and get off the grid or to another part of the world, count on the system and culture falling, and focus on regenerating the kind of world we’d like to live in. To many in the dominant culture this amounts to “quitting.” Like the soldier going awol, because he has come to realize that the honor system he subscribed to was based on lies and anything but honor.

We can focus on building the kind of awareness, skills and relationships that we’ll likely need during a time of great transition. And one of the key arenas of skill to develop is what I would call The Force of Honor. How to find honor inside yourself when the stand you are taking is one that is shamed by your dominant culture and the one punished by the authorities? Honor gives a centered strength, a quiet power and certainty to the man who dares stand apart and walk free… perhaps to start creating new culture–at least in his own body and his relations–that is based on something he considers more honorable.

Such man who walks free is Ronin. Mastering the Ronin’s way of honor is

A man who walks free also has a use for abilities and skills to connect to people outside of his own cultural frame or reference. Abilities to see with new eyes, to see one’s self through the eyes of another culture, to quickly learn new languages, to connect with people beyond verbal language. To best develop these skills, one must contend with shame and fear, two great forces which tend to most inhibit people from learning to see and move beyond their cultural frame. And facility with honor gives one access to entering the domains of fear and shame with peace, clarity and power.

A facility with Honor also allows one to walk into relation with new peoples and bring down his walls of learned bias and judgment, and connect on a heart-level to the people. It also allows one to resolve conflict with one’s people and one’s “enemies” in ways that restore the shares and sacred wealth amongst the people.

Further, honor gives a man facility with establishing a trusted authority within himself, with the woman or women in his life, and within his family.

Hence, the existence of this site, our honor dojo, and our invitation to cross-cultural deep-dive adventures.